So Close, So Far Away

Counting down the days... 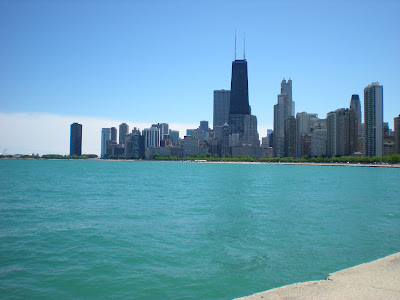 Email ThisBlogThis!Share to TwitterShare to FacebookShare to Pinterest
Labels: chicago

She Won't Stand for Less (I Heart T-Boz)

This just kinda had to be done. They were already crazysexycool back in this day.

That's actual, and it's factual:

Posted by Alison at 9:51 PM No comments:

This video just made my week.

And this song made my night last night, for coming on at exactly the right time, as my last customers walked out the door. Alas, I did not break into choreographed dance, I just continued to set tables.

I cannot get enough of this cussing tune!

Apparently I love The Temper Trap. Who knew?
Posted by Alison at 6:30 PM No comments:

Earlier this week, I finally finished reading The Girl With the Dragon Tattoo, which I ultimately liked but had a really hard time getting into for various reasons. One really big part of the book I found completely unbelievable and downright ludicrous, but hey, whatever. I've never been to Sweden, but if a chick who wears all black and has a lot of tattoos is still totally outrageous and out of the norm there, I suggest they take a little trip to Chicago and have a burger at Kuma's Corner. But I digress. It's an interesting story, and I can't say I'm opposed to the idea of Daniel Craig starring as Mikael Blomkvist, cause then and only then would that character's sexual appeal make sense to me.

Anyway. This was going somewhere originally, I think. Yes. Yesterday, after finishing that book, I decided it was finally time to tackle something I've been putting off since I was 17-years-old.

Big deal, you scoff. Shouldn't you have read that in high school? Well, yeah. It just so happens that Great Expectations is the one book I never actually completely read in school. (As I am a huge, huge geek, this was a very big deal for me.) God, I hated it. I wanted nothing to do with Pip and Estella and Miss Havisham and whoever-the-hell convict Dickens was writing about. I just didn't care.

While we were supposed to be discussing Great Expectations in Mrs. Lester's 11th grade AP English class, I stared blankly at my paperback and doodled in my notebook, avoiding eye contact with Lester so she wouldn't know my guilty secret. Later, after school, I whined to my mom about how much I hated it.

"I didn't like it when I was in high school either," she said, over and over again. "But I promise, you'll like it when you're older. I love it now."

Poetry Slam Tuesdays: 'Just as cool as you please'

Maya Angelou knows how to work it. Listen up, ladies.

Pretty women wonder where my secret lies.
I'm not cute or built to suit a fashion model's size
But when I start to tell them,
They think I'm telling lies.
I say,
It's in the reach of my arms
The span of my hips,
The stride of my step,
The curl of my lips.
I'm a woman
Phenomenally.
Phenomenal woman,
That's me.

I walk into a room
Just as cool as you please,
And to a man,
The fellows stand or
Fall down on their knees.
Then they swarm around me,
A hive of honey bees.
I say,
It's the fire in my eyes,
And the flash of my teeth,
The swing in my waist,
And the joy in my feet.
I'm a woman
Phenomenally.
Phenomenal woman,
That's me.

Men themselves have wondered
What they see in me.
They try so much
But they can't touch
My inner mystery.
When I try to show them
They say they still can't see.
I say,
It's in the arch of my back,
The sun of my smile,
The ride of my breasts,
The grace of my style.
I'm a woman
Phenomenally.
Phenomenal woman,
That's me.

Now you understand
Just why my head's not bowed.
I don't shout or jump about
Or have to talk real loud.
When you see me passing
It ought to make you proud.
I say,
It's in the click of my heels,
The bend of my hair,
the palm of my hand,
The need of my care,
'Cause I'm a woman
Phenomenally.
Phenomenal woman,
That's me.

I FINALLY saw Wes Anderson's Fantastic Mr. Fox tonight, and it was so cussing awesome, I can't cussing believe I didn't see it sooner. I think the world's most scrumdiddlyumptious storyteller himself would have been pleased with this adaptation, and it sounds like his wife agrees:

I know I'm about eight months behind on this, but I don't cussing care. Here's a behind-the-scenes look at how it was made.

I'm also thrilled to finally have a solution to my F-bomb problem. From here on out, it's going to be cuss this and cuss that. As my friend Arec would say, let's make that a thing.
Posted by Alison at 10:18 PM 2 comments:

Monday Mix Tapes: The Soul of Rock and Roll

I recently became fascinated with Roy Orbison after watching a Traveling Wilburys' DVD with my pops. It's great timing, considering I'm currently living in a room where a Roy Orbison box set sits on my shelf. One of the small joys of living at home. That, and the fireflies that light up the cornfields at night.


To me, his voice sounds like the wind forming words and being sent to you from across time. His voice is so alone it defies comparison. It feels like part opera, part mariachi, part lonesome yodel and part Irish tenor via Texas. And there is something so tender, so private about his voice, it confides feelings you keep mostly to yourself. He sounds like a man who is man enough to cry. He feels new and like he's been around for centuries. There is no one in music like him.

Tom Waits, on Roy Orbison (via "Roy Orbison, The Soul of Rock and Roll")

Posted by Alison at 5:29 PM No comments:

How Woozy My Eyes

Last night I read Jeffrey Eugenides' story, "Extreme Solitude," in my most recent New Yorker, and it rocked my socks off. Then today I got the "20 Under 40" fiction issue, and I thought, why aren't I spending all my free time writing short stories? Or at the very least, reading them?

So I wrote this kick-ass opening paragraph to a story whose opening scene I can picture perfectly in my brain. Then I realized I not only had absolutely no plan of where I was going with this opening scene, but that it was neither a kick-ass scene nor a kick-ass piece of writing. I used my middle name for the protagonist's name, for chrissakes. I also was about to have my protagonist sitting in a coffee shop reading Black Boy for her lit class. Uggh, Alison. Uggh.

When I made this realization (about 20 minutes ago), I got so annoyed with myself, I closed my Word doc, picked a new design for my blog, and started watching Mumford and Sons' videos on YouTube.

I've got to get it together. Awake my soul, or some such something or other. Probably, I'll just read this fiction issue and think about my dream world where I'm one of the 20 under 40 published in The New Yorker.

Email ThisBlogThis!Share to TwitterShare to FacebookShare to Pinterest
Labels: mumford and sons, the new yorker, writing

Thought you'd all be pleased to know I just scored a HUGE white people point. Did I finally get those bangs, you might ask? Alas, no.

I LOOOOOVE the World Cup. Do I know more than two players? No. Have I watched a full soccer game since the last World Cup? Of course not!

But does that REALLY matter? How can it, considering I have the following things going for me?

1. I tell EVERYONE how excited I am for the World Cup.

2. I fully plan on sporting my Chelsea jersey as often as possible starting this weekend. (Obviously, I'll be wearing my Sambas as well.)

3. Hamm Family photo albums, circa 1994, fully document my love for the World Cup at a young age, as there are at LEAST five photos of young Alison, sporting World Cup hat, World Cup t-shirt, Umbro shorts, and Adidas soccer shoes. I also still own a World Cup 1994 mug. I RULE!

3. After I tell everyone how excited I am for this World Cup, I then explain how I was in Rome when Italy won the World Cup in 2006. (SCORE! This also gives me the golden white person opportunity to discuss studying abroad, traveling, and being the only white person around, which happen to be some of my favorite things!)

It’s also worth noting the amazing interest shown by white women in the World Cup. While they generally find most professional sporting events to be boring, the atmosphere at a World Cup match is much more amenable. Mostly because they don’t have to drink light beer and there is a good chance that they might meet a European man, or, at least someone who might be planning a trip there. This is far superior to a hockey game where, at best, they might meet a Canadian. It goes without saying that for white women, the World Cup can’t come soon enough.

For more on my awesomeness as a white person, please read this. And this. Oh, and this.

Who's ready for some football?
Posted by Alison at 8:48 PM 4 comments:

Words of Wisdom from the BFG

I found all my Roald Dahl books in my dad's garage the other day as I was going on a spree searching for books to donate to a friend who's putting together a classroom library for his students. I was so happy, I just stared at all the beautiful, wonderful books and beamed.

Then last night I got home from work and reread Matilda and The BFG.

I think we all can learn a thing or two from the Big Friendly Giant. New Rainbow feature, perhaps? Random BFG quotes? YES.

Here are some words of wisdom from the BFG:


'Meanings is not important,' said the BFG. 'I cannot be right all the time. Quite often I is left instead of right.'

'Words,' he said, 'is oh such a twitch-tickling problem to me all my life. So you must simply try to be patient and stop squibbling. As I am telling you before, I know exactly what words I am wanting to say, but somehow or other they is always getting squiff-squiddled around.'