The opening pages of Ian McEwan's The Comfort of Strangers brought up such intense memories of my trip to Rome that I was actually relieved when the story shifted, so I could separate myself from it.

The novel opens with an introduction of the traveling couple, Colin and Mary. We don't know much about them yet, or even where they are exactly, but it's probably Venice. They've settled into a daily routine, and they're not currently speaking to one another. 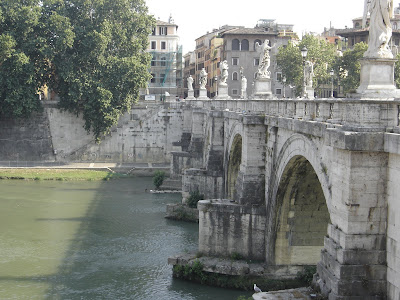 Traveling with someone can be such a delicate process and balance. The passage below immediately reminded me of the times in Italy when my traveling companion (why am I being so awkwardly formal? my boyfriend) and I would go back and forth from enjoying each other and the sights to suddenly wanting to rip each other's hair out. These random annoyances with one another had never existed—or had even occurred to me that they could exist—until we traveled together.

An excerpt (emphasis mine):


"Alone, perhaps, they each could have explored the city with pleasure, followed whims, dispensed with destinations and so enjoyed or ignored being lost. There was much to wonder at here, one needed only to be alert and attend. But they knew each other much as they knew themselves, and their intimacy, rather like too many suitcases, was a matter of perpetual concern; together they moved slowly, clumsily, effecting lugubrious compromises, attending to delicate shifts of mood, repairing breaches. As individuals they did not easily take offense; but together they managed to offend each other in surprising, unexpected ways; then the offender—it had happened twice since their arrival—became irritated by the cloying susceptibilities of the other, and they would continue to explore the twisting alleyways and sudden squares in silence, and with each step the city would recede as they locked tighter into each other's presence."

How true, and how beautifully put: "intimacy, rather like too many suitcases, was a matter of perpetual concern..." I can't wait to read the rest of this book.

As for me and my traveling companion, we survived the trip, and it was, obviously, an unforgettable experience.

Here's hoping Colin and Mary survive as well.
Posted by Alison at 9:21 PM